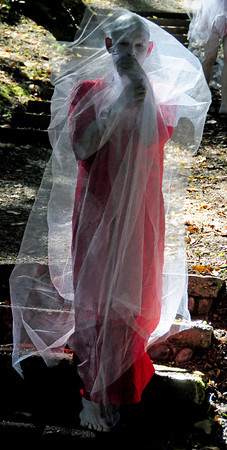 SAY YOU ARE LONELY

More still than a star, one thought shies

by: what if the sky loved you?

But nobody knew? But that magnet in space

pulled hard? But you acted like nothing at all

was reaching or calling  for you? More still

than a star going by, that thought stays.

A day at a time pieces of it glow.

Catch us dancing at the Japanese Garden 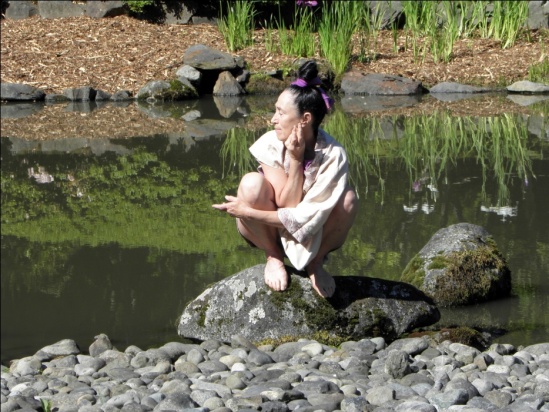 Wander through the Seike Garden and wonder at the sights, sounds, and spirits emerging from the landscape. Enjoy this free event supported by 4Culture based in Seattle. Experience the beauty and tranquility of the Japanese Garden in a unique way. Over a two-hour period, visitors to the garden will encounter dancers and musicians dispersed in surprising locations throughout the garden. Inspired by the garden, with all its sensory stimuli, dancers and musicians will engage in a spontaneous, minute-by-minute response to all the scents, sounds, sights and sensations of the garden. Visitors are welcome to spend as much time as they wish with each performer. Wandering and Wondering is an annual event at the Seattle Japanese Garden. Last year’s event was held on July 30th and this year’s will be on August 4, 2012.
Directed by Joan Laage, Kogut Butoh based in Seattle
Dancers: Joan Laage, Lin Lucas, Kaoru Okumura, Helen Thorsen, Stephen Passero, Bruce Fogg
Musicians: Susie Kozawa, Dean Moore, Mike Shannon

Seattle resident Joan Laage’s work focuses on butoh, a post WWII Japanese performance genre. She has lectured on Japanese traditional arts and butoh as a guest at Cornish College and as a resident artist at several universities, and is featured in books on butoh by dance scholar Sondra Fraleigh. Joan studied in Tokyo with butoh masters Kazuo Ohno and Yoko Ashikawa in the late 80s and performed with Ashikawa’s second company Gnome. Known as a NW butoh pioneer, she was artistic director of Dappin’ Butoh from 1990 to 2001. Joan has received several grants, and performed at the New York, Chicago, Portland, Boulder, and Paris butoh festivals. Joan and her collaborators, all well-known local performers, appear at several events annually at the Seattle Japanese Garden. In the summer of 2011, she and soundscape artist Susie Kozawa organized Wandering and Wondering, a site-specific garden event involving 13 performers. As a docent at the Japanese Garden, she shares her wealth of experience with Japanese art and culture and her day job as a gardener for two small companies.
“Thank you for the beautiful afternoon at the Japanese Garden on Saturday. The musicians and dancers were exquisitely sensitive to the beauty of the garden. An added bonus was the great blue heron who seemed to be joining his gestures to the dance. I sincerely hope this event will be continued next year, and every year after. We and the world need more beauty like this. Thank you to all who made this possible.”
…a quote from a visitor to the garden who enjoyed Wandering and Wondering in summer 2011
Butoh is a contemporary avant-garde dance form which erupted out of the turmoil and loss of identity of post WWII Japan. Hijikata Tatsumi, known as the principle founder, created the first butoh piece in 1959. Butoh’s co-founder Ohno Kazuo, along with his son Yoshito performed in Seattle in the 1990s. Butoh combines dance, theater, improvisation and influences of Japanese traditional performing arts with German Expressionist dance (Neue Tanz) and performance art to create a unique performing art form that is both controversial and universal in its expression. The butoh dancer is commonly painted in white and inspired by nature imagery in all its beauty and grotesquerie. Butoh has evolved to become an international art form with artists and groups devoted to teaching and performing it throughout the world.

In butoh you can experience a state of mind that is free and clear of doubt. An unwavering mind unswayed by the ups and downs of fear, and you can glimpse a spark of unconditional acceptance and presence. There is no hesitation only honesty. The results of being present allows you the energy for performance. In Buddhism this energy is called Windhorse- discipline and delight becomes effortless and splendid. The Wind principle is energy of presence strong, exuberant, and brilliant! Horse principle is the letting go that results in radical acceptance of your self, and this moment exactly the way it is.. This gives butoh it’s shimmer and deep power. This writing is paraphrased from Chogyam Trungpa’s wonderful writing on letting go